Signs you may have trauma and not know about it. 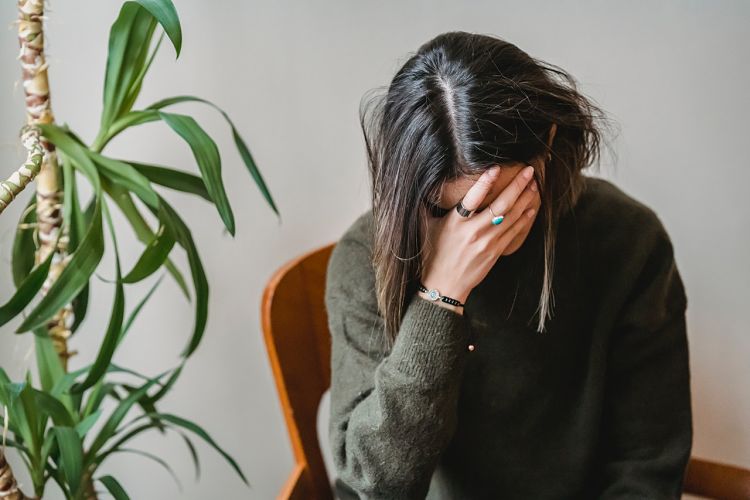 It might surprise you to know that many people find ‘everyday’ situations difficult.

Even ordering coffee in a cafe, or driving the kids to school can cause extreme discomfort in some people.

If you’re one of those people, you might ruminate about those situations for days beforehand.

Or even go out of your way to avoid them altogether if you can.

You might get a lot of weird emotions that you can’t understand.

“Why do simple things bother me so much, when other people can do them without giving it a second thought?”

If you find yourself asking that question, there might be something deeper going on.

And it might have something to do with events that happened in your past, even back to your childhood.

Your primal brain is running the show.

Let’s say you’re due to attend a meeting at work, but you know there’s a particular guy who’s also going to be there.

The mere thought of going into that meeting room is making you uncomfortable.

You’d rather be anywhere else but go into that meeting.

Because of that one person.

Your body is telling you that situation is dangerous.

But in your head, you know of course it’s not dangerous.

All you’ll be doing is sitting at a desk, in a room with other people.

This guy is going to talk, and other people are going to listen to him.

Your ‘lizard’ brain, your primal brain doesn’t know that.

For some reason it thinks that situation is dangerous.

The reason is that something happened to you, at some point in your past, that reminds you of this situation.

Whatever happened back then, it was severe enough to imprint on your brain.

You might not even be conscious of what happened.

Yet your body is remembering that event as ‘traumatic’.

Your body is giving you the most primitive warning sign of danger.

Whenever you find yourself in a similar situation, your brain goes into ‘fight or flight’ mode.

You might not have a name for that, but I can tell you that feeling is fear.

It’s an unconscious brain process that you don’t have control over.

What’s happening to you, we call a ‘trauma response’; your body is reacting to a perceived threat.

Your behaviour in that situation will vary depending on various factors.

Humans have 4 different ways of responding to perceived danger.

These responses or ‘trauma types’ are ‘pre-wired’.

That means, you’ll tend to behave in a similar way in similar situations.

Sometimes people get aggressive; they’ll walk into that meeting room and shout at that person.

They’ll defend any attempt to silence them.

It all gets heated, and everyone thinks, “Oh here we go, they’re fighting again”.

Even days before the meeting is due to happen you’ll be doing everything you can, so as NOT to think about the meeting.

You can’t sit still or relax, and you always have to be busy.

You might start cleaning the house from top to bottom.

Or you’ll scroll social media on your phone, or flick through TV channels.

Anything to distract yourself and kill time.

You go into the meeting but you feel unable to contribute.

You’ve got a big list of ideas and things you want to say, but when the time comes to speak you go blank.

You freeze and you can’t get your words out.

You go into the meeting and you’re friendly to everyone, no matter how they treat you.

You let that guy talk over you, or belittle your ideas.

Anything he says, you smile and let it ride.

It never occurs to you to stick up for yourself because you want to keep the peace.

“Your primal brain is running the show

(and you’re not even aware of it)“

You might recognise some of your own behaviour, and wonder what that says about you.

And, how do you deal with it?

How do you deal with this when it’s happening to you?

With any of these trauma responses, the first step is to be kind to yourself.

You might feel ashamed of your behaviour, or ‘beat yourself up’ for being so stupid.

The thing to remember is:

It’s not your fault that you’re behaving this way.

It’s something automatic and outside of your control.

You can’t stop it happening.

And you can’t ‘talk’ yourself out of it.

But by practicing some simple exercises, you can change how you feel.

So you can recover more quickly when it happens next time.

These practices will soothe your nervous system, so you feel more calm and in control.

1. Do some mindfulness or meditation

Sit quietly for a few minutes and focus on your breathing.

Take a deep breath in for 4 counts

Hold it for 7 counts

Breath out for 8 counts.

Repeat until you feel more calm and centred.

2. Get back into your body.

When you’re anxious and ‘over-thinking’, you might feel detached and disconnected.

You might even lose awareness of your body altogether.

Practice some light movement exercise such as Hatha yoga or Tai Chi.

Very simple movements, done slowly and with focus, will ground you in your body.

Feel your feet on the floor; your toes and heels rocking back and forth.

Reconnecting to your body is the fastest way to regain your calm and composure.

Most of us have 5 senses; vision, hearing, touch, taste and smell.

Focus on one sensation at a time.

Pay close attention, so you can tune out everything else.

Look at something in front of you, and notice all the colours, shapes, textures and detail you can see.

Touch something and pay focussed attention on every sensation you can feel on your fingertips.

Notice the temperature, pressure, and texture of what you touch.

You might want to try carrying a walnut in your pocket.

Feel the ridges and texture of the walnut when you want to ground yourself.

By doing that, you’ll have them ‘to hand’ when you need to feel calm and centred.

Control what you can control

You can’t control your primal brain responses, and you never know what’s going to happen.

But you can control how quickly you recover when something unexpected happens.

Have one grounding technique you’re very familiar with.

Use that whenever you need to recover from an uncomfortable situation.

Photo by Liza Summer from Pexels

It’s time to let go of the shadows of your past.

Learn how to live a happy, fulfilled and connected life.

Enter your details below to receive my twice monthly newsletter. You can unsubscribe at any time.

Yes please sign me up!
← How to deal with rejection - top tips from a professional actor. How to cope when you feel abandoned. →