The deeper meaning hidden in your intense reactions 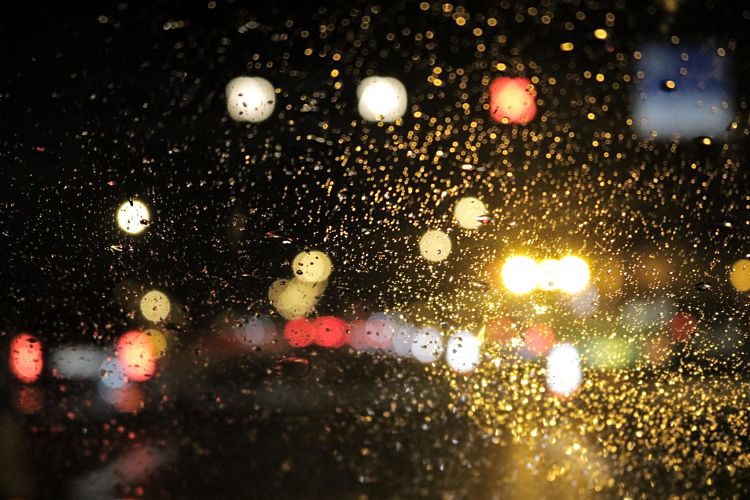 If you prefer your life to be simple and uncomplicated, welcome to the club!

We all want a straightforward life, where everything makes sense.

A life where what happens to us and how we respond is predictable and safe.

But for some of us, it doesn’t happen like that.

We can react strangely in some situations.

And it’s not predictable, and it doesn’t make any sense.

We can have intense emotional reactions that seem to come from nowhere.

It can leave us feeling confused and overwhelmed.

But these ‘surface’ reactions give us clues about what’s going on underneath.

And that can be life-saving information if we pay attention.

Interactions with people can bring up intense feelings

Your boss could call you over to speak to you about a piece of work.

If their tone or manner seems angry or critical, you might shrivel inside, and be unable to respond.

You might get butterflies in your stomach or tightness in your chest.

That interaction might affect you for hours or days.

You might go over and over it in your mind, worrying.

Even losing sleep, or being unable to eat normally.

You might have a co-worker who does something that makes your life difficult.

When you ask them about it, they tell you a story that you know is a lie.

And that sends your mind into a spin.

You might feel sick, with a queasy feeling in your stomach that lasts for hours.

You play the scene over in your mind, and you can’t seem to let it go.

It doesn’t make sense, but it could be a sign that something deeper is going on.

An intense emotion can come out of the blue and knock you sideways.

Two weeks ago, I was watching a romantic comedy one evening.

It was the familiar story of ‘woman meets man’,  they fall in love and their lives change for the better.

At the end we learn that she’s had a heart transplant, and he is actually the donor of her heart.

He died and had come back (as a ghost) to find the recipient of his heart.

The scenes at the end of the film were so powerful and sad.

She loves him but realises they can’t be together.

Now, I cry easily and often.

I cry at happy things and sad things, but my reaction to the ending of this film was different.

I was overcome with inconsolable tears and sadness.

These were racking sobs and I felt waves of choking despair in my throat.

And I couldn’t understand why I was so affected by this film.

The thought kept popping up

But I know myself and my reactions, and I knew there must be a deeper explanation.

As I thought through it, it started to become clear.

The hospital scenes in that film reminded me of the last hours with my husband Sam.

He died suddenly and unexpectedly after a short time in the emergency room.

My last memories of Sam are tainted with the sounds of trolleys clanging.

The sight of doctors and nurses rushing around.

Followed by the deafening sound of silence.

I  gave consent for Sam’s organs to be donated.

Two days later, as I was breastfeeding our baby, I got a call from the transplant team.

They told me which organs they’d been able to use and the time he was finally pronounced dead.

A month later, I received a letter from the transplant liaison team.

It was anonymous, but written by the recipient of Sam’s heart.

In that letter, they expressed their sorrow for my loss,

Yet how deeply grateful they were for the chance of renewed life.

Sam’s heart was a gift that would last another lifetime.

The final scenes in that film brought it all back into my mind and body in a rush.

The deep love between two people.

The gift of new life at the same moment of death.

The bottomless well of  shock and aching sadness I felt then, was still buried inside me.

Waiting for the right trigger to launch it back into my full awareness.

Once I’d thought about it, it made complete sense why I would react like that.

My ‘overblown’ reaction had an obvious explanation in the light of my past life experience.

But it might not be so obvious with you.

If you experience a situation that makes you feel things that don’t make sense.

You can feel a whole lot of emotions about that.

It’s weird and you can’t explain it.

I’ve written more about that here.

If your boss speaks to you in an angry or critical voice,  that might remind you of a time in your past.

A time when someone else shouted at you, and it wasn’t safe.

As a child, if you grew up in an environment where adults often got angry for no reason – that stays with you.

It makes complete sense for you to feel scared if someone else is angry with you.

If someone lies to you, that might be a reminder of when your partner did that to you.

If you’ve had a relationship where your partner regularly deceived you – that stays with you.

When you experience that happening again, alarms bells ring inside.

You might feel betrayed, humiliated, or a whole mix of other strong feelings.

Even though the situation is completely different, your body still remembers.

I’ve written more about that here.

Intense feelings, related to a past trauma, are sometimes called an ‘emotional flashback’.

“After trauma, your body stores emotions which can resurface without warning.“

When I experienced an emotional flashback after watching that film, I knew how to deal with it.

It came back everyday for a while, but I was kind and patient with myself.

I didn’t try to brush it off, or get cross with myself for letting it happen again.

How can you help yourself when you’re having an emotional flashback.

When you suddenly have intense feelings, you might not know what it is or why it’s happening.

You may feel disoriented.

You might feel ‘shocked’ and disconnected from your body.

The first step to getting out of an emotional flashback, is to get back into your body.

Try these steps to help yourself come back to your body.

Stamp your feet on the ground.

Wiggle your toes and press each toe into the floor.

Rock your feet from toes to heels.

Notice your sitting bones on your chair and feel the pressure under you.

Think of your favourite colour, look around you and notice everything of that colour you can see.

Listen carefully to all the sounds you can hear around you, even your own breathing.

2.  Take care of your breathing

Breathe deeply and slowly, so your lungs fill with air.

Put your hand on your diaphragm (just above your navel).

Breathe so that your hand gets pushed up and down.

Count slowly to 5 as you breathe.

If you’ve lost a sense of where you end and the rest of the world begins,

Rub your body so you can feel its edges, the boundary of you.

Wrap yourself in a blanket or a heavy coat, and feel it round you.

4. When you feel ready, write down everything you can remember about the flashback:

What you felt or sensed

What does this remind you of?

The more you understand about your emotional reactions, the easier you can deal with them.

And understanding yourself, will make your life easier and more comfortable.

It’s time to let go of the shadows of your past.

Learn how to live a happy, fulfilled and connected life.

Enter your details below to receive my twice monthly newsletter. You can unsubscribe at any time.

Yes please sign me up!
← How to cope when you feel abandoned. What counts as traumatic experience? →