What is complex PTSD? 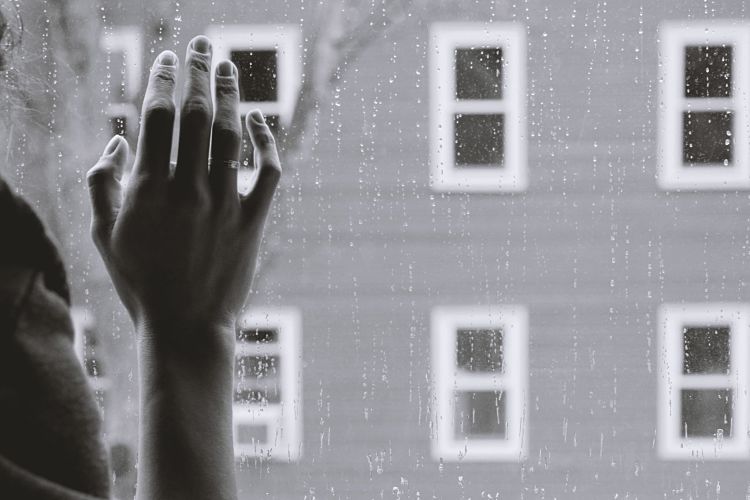 There are things that happen throughout our life that cause us discomfort or short term hardship. But we don’t dwell on it, and it doesn’t cause lasting harm.

But for some people, difficult events in their life have a long term impact, with both physical and mental effects. We might only notice the huge, obvious events, and we tend to call those ‘traumatic’.  But there’s much more to trauma than we see on our TV screens or in hospitals.

There are things that happen within our own families and communities that have a long term negative impact. And it’s those things that go on unseen, over many years, that can have a devastating effect on the lives of people who experience them.

Let me introduce you to something called complex PTSD.

You might have heard of the term ‘post traumatic stress disorder’ or  PTSD.  It was first recognised as a condition that affects combat soldiers returning from war, but it can be caused by any number of traumatic events.  PTSD can result from a car crash, a physical or sexual assault, natural disaster, or any other ‘single incident’ where a person feels their life is in extreme danger.

Complex PTSD is a separate condition. As the name implies, it is more complex and has wider ranging effects than ‘plain old’ PTSD.

PTSD and complex PTSD may look similar on the surface. They both happen as a result of traumatic incidents.  They both involve flashbacks, nightmares, and sleep problems, and a persistent feeling of being ‘on edge’. But there are several extra symptoms that define complex PTSD.  And I would argue that complex PTSD is a more widespread and insidious condition.

That’s because it typically stems from abusive or traumatic incidents in childhood. (Where the child’s basic sense of safety is damaged or missing.)

You might also come across the term Adverse Childhood Experiences (ACE). This is effectively the same thing as childhood trauma.

These incidents would occur over months or years, and have deep psychological and developmental impacts. Incidents could include:
physical or sexual abuse
being repeatedly bullied over a long period,
exposure to domestic violence and threat.

Since these happen over a long period of time, it’s more accurate to refer to traumatic ‘environments’ (rather than incidents).  And this includes the child’s whole caregiving system, and anything that impacts that.  So that widens the net to include other traumatic experiences, such as:
growing up in poverty,
losing a parent, or sibling
having a parent with addictions or substance abuse issues,
having a narcissistic parent ( one who is selfish, critical and manipulative)
living with emotional neglect or abandonment

I’ve written more about other examples of traumatic experiences here.

What are the symptoms of complex PTSD?

The following three symptoms are the same in PTSD and complex PTSD:

In addition, in complex PTSD, the following three symptoms are also present:

Let’s look more closely at some of these symptoms.

In PTSD the flashbacks are usually visual, where images of the trauma re-occur in the mind, just like you see in the movies.

Anything can trigger these emotional flashbacks, from any of the five senses.
You might have heard of the term ‘amygdala hijack’, where the primitive part of the brain senses danger and responds to keep  you safe. (I’ve written about this here and here.)
An emotional flashback is caused by an amygdala hijack. They are effectively the same thing.(see articles here and here.)
The response is triggered by a tiny structure in your primitive brain, called the amygdala. It causes a cascade of reactions including the release of adrenalin, which makes you feel stressed out and ‘on edge’.  The way you respond to an emotional flashback, and the actions you take, will depend on your pre-wired trauma response. There are 4 trauma responses (called the 4F’s), and combinations of these: fight, flight, freeze and fawn. I’ve written more about these here.

People who’ve experienced complex trauma have difficulties in both experiencing and controlling emotions. Because they likely grew up with caregivers who themselves could not regulate emotions, the pattern repeats itself.  This can result in frequent swings in emotion, from deep lingering sadness, to rage, despair, grief, anxiety, shame and guilt.  As a child, they may have been criticised or made to feel guilty for experiencing emotions. Or it may have been dangerous to express emotion, so they learn to block out or numb what they really feel.

Problems with controlling emotions can look like chronic anxiety, or disproportionate sadness, anger or fear in response to everyday stresses. Frequent mood swings may give way to a persistent cloud of depression.

3. Persistent negative beliefs about oneself

When you grow up in a toxic environment of criticism, blame and shame, you learn to internalise that criticism. You then develop your own inner critic which continues the storm of negative self talk. This leads to feelings of worthlessness, helplessness and a deep feeling of being inherently flawed.  This becomes a habitual way of being, and it’s difficult to break out of.

Many survivors see themselves as unworthy of love or kindness, and instead they’re filled with self-hate and self-disgust. This state of being is also called ‘toxic shame’. It brings a deep sense that they’re different from everyone else, always in the way or a burden to others.  This leads to chronic low self-esteem, and a persistent lack of confidence in their own abilities.

Flashbacks, problems regulating emotions and toxic shame make it so much harder to navigate healthy relationships with others.  This fourth symptom occurs partly because, as trauma therapist Pete Walker describes, complex PTSD is an attachment disorder.

This disorder in attachment develops when a child grew up with caregivers who were very often dangerous. Either physically violent, verbally abusive, or merely emotionally neglectful and indifferent.
When there is no safe attachment figure the child can turn to for comfort, that child learns that everyone is dangerous and not to be trusted.  This means that some trauma survivors can have deep social anxiety and social phobia.

This can lead to varying levels of difficulty in relationships.  Some survivors may feel completely isolated from others and not know how to engage, or simply refuse to trust anyone.  Some survivors will subconsciously choose friends or partners who are hurtful or abusive. This is because they’re drawn to what is comfortable and familiar from their past. This leads to a deepening sense of frustration and helplessness. And even further withdrawal from healthy relating with others.

People with complex trauma are susceptible to physical ailments that cannot be medically explained.  These physical or ‘somatic’ symptoms can occur as a result of someone’s emotional pain and stress. It’s very well established that the mind is intrinsically linked to the body; what affects one will affect the other.

As such, people with complex trauma can also experience:

The short answer is it depends where you live.

Complex PTSD was first described in the late 1980’s, yet clinicians still disagree about whether it exists as a separate condition from PTSD.

Complex PTSD was included in the most recent version of the ICD, in 2018.  Here in the UK, clinicians will consult the ICD when assessing patients with mental disorders. So it is (theoretically) possible to get a diagnosis and treatment for complex PTSD.

However, the DSM still does not recognise complex PTSD. Basically, if it’s not in the book then it doesn’t exist, so you can’t be diagnosed with it.  Unfortunately people in the US, and other countries where clinicians use the DSM, can’t get a formal diagnosis or treatment for complex PTSD.

What if I can’t get a diagnosis?

You might have all the symptoms of complex PTSD which severely impact your life. Yet if you live in a country that doesn’t recognise C-PTSD, then you can’t get a diagnosis.

You might not have all the symptoms, or be ‘ill enough’ to qualify, yet still be severely impacted.

Even if you can’t get a diagnosis, you might still have severe disruption to your life. And you have the right to recognise it as such. You’re not deeply flawed, or the only one who struggles with this, and you’re coping with your symptoms as best you can.

If you recognise yourself, your feelings or behaviours in what you’ve read here, then please take heart. This may be only the start of your journey, but there is help available.

Complex PTSD is a life-long condition that never goes away. But you can massively increase your quality of life when you decide you’re ready to do something about it!

As an NLP coach, I help sensitive women to recover from complex trauma so they can live a happy, fulfilled and connected life.  To find out more about how I work click here.

How to tell if you have complexPTSD (and what to do about it) Take the Quiz!